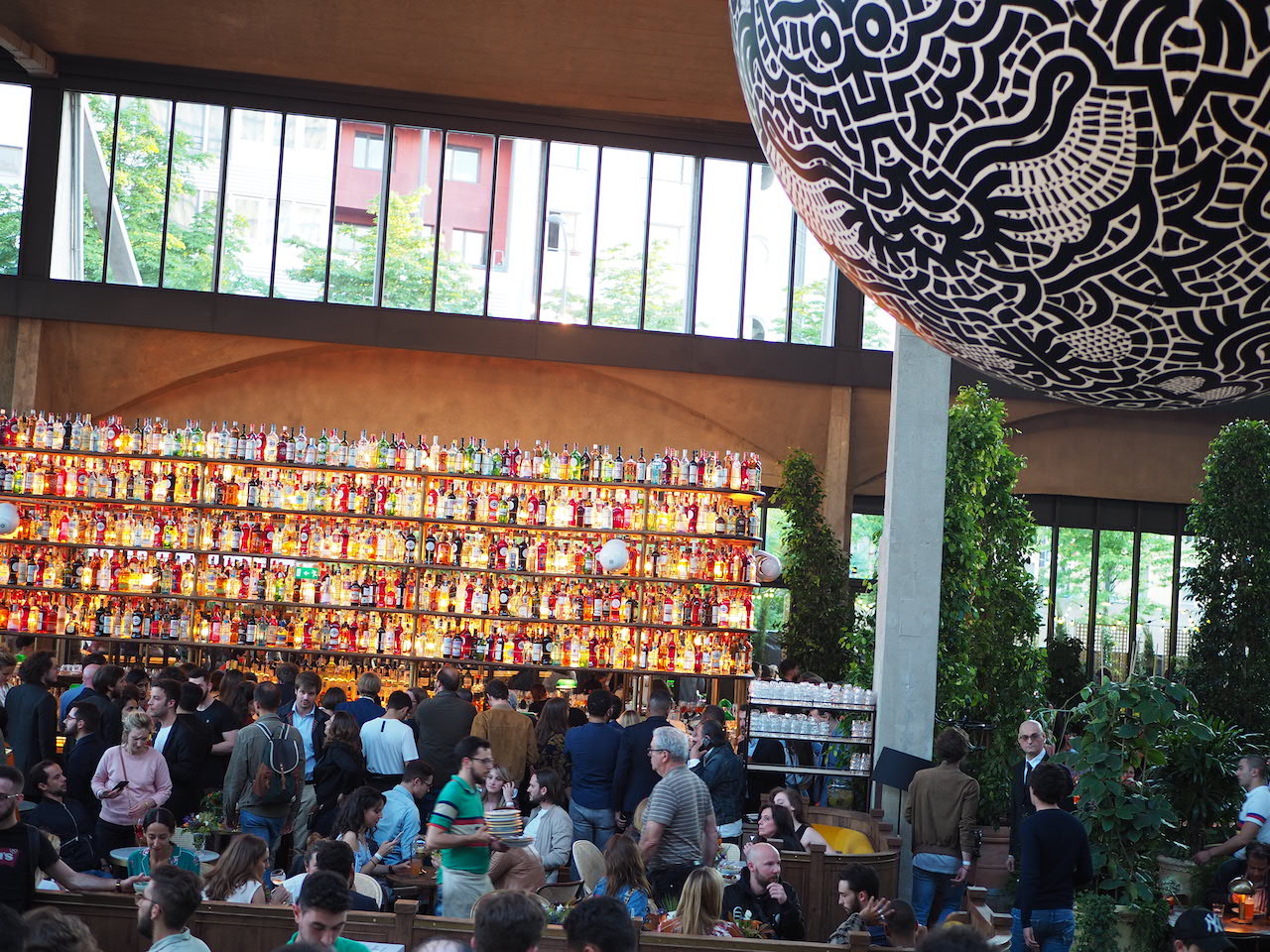 A pre-opening party at La Felictà in the 13th.

Ouf ! If a recently packed pre-opening party is any indication, La Felicità is where Parisian bobos will be heading this summer: in an out-of-the-way, nothing-particularly-to-recommend-it neighborhood tucked away in the 13th arrondisseent. Here’s my take for the UK’s Independent (if you want to find out the next international city where the Big Mamma group will pop up, skip to the end):

VICTOR LUGGER was preternaturally calm for a person who was about to have his second baby in two weeks. The first, Jacques, had been born just 10 days before our meeting; his second, a new opening from the Big Mamma restaurant group, was to come into the world the following day.

Riding a wave of success that he and his partner Tigrane Seydoux have enjoyed with their series of Italian eateries in Paris, Lugger was all set to launch La Felicità, billed as the largest restaurant in Europe, at 4,500 square meters.

Housed in the tech incubator Station F, which also boasts supersize credentials as the world’s largest startup campus, La Felicità actually comprises five different eateries, including a 1,000 square meter outdoor space, and three bars. As my 12-year-old daughter remarked, calling it the biggest restaurant in Europe is “kind of cheating”, as it’s more like a food court than a single restaurant. 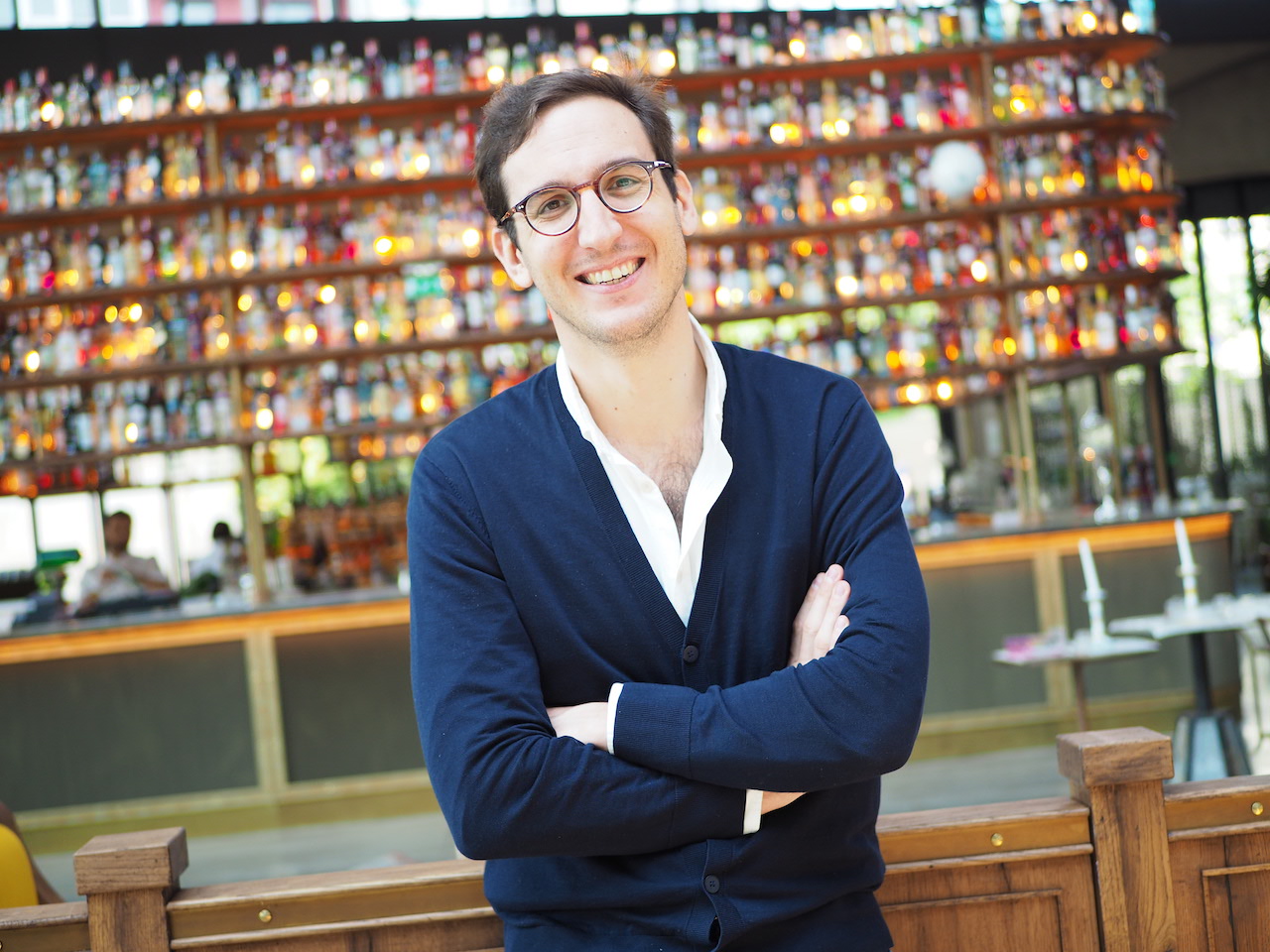 Lugger and Seydoux’s big adventure began five years ago, when the two HEC business school grads decided they wanted to start a company together. They considered opening a creperie chain but quickly turned to Italian cuisine due to their love of Italy.

“The first two years we spent in Italy scouring products, understanding the roots of the cuisine,” Lugger explained. While they were searching for a hook, someone suggested that if they could simply build an authentic Italian trattoria, a place that serves good, inexpensive food with a smile, it would be a success.

“At that point we thought, he’s right. In the restaurant business if you do cheap and good, it’s already a lot. So we said, how can we re-create that in Paris?”

Their answer has been to source products from Italy, hire an almost all-Italian staff and cook everything themselves in their six restaurants – including roasting their own coffee, making fresh pasta and gelato, brewing beer and even raising their own cattle. They offer very reasonable prices, too, with wood-fired pizzas starting at €5.

Lugger conceded that his restaurants might not have the best food or the cheapest prices, but they “probably offer the best value for money.” 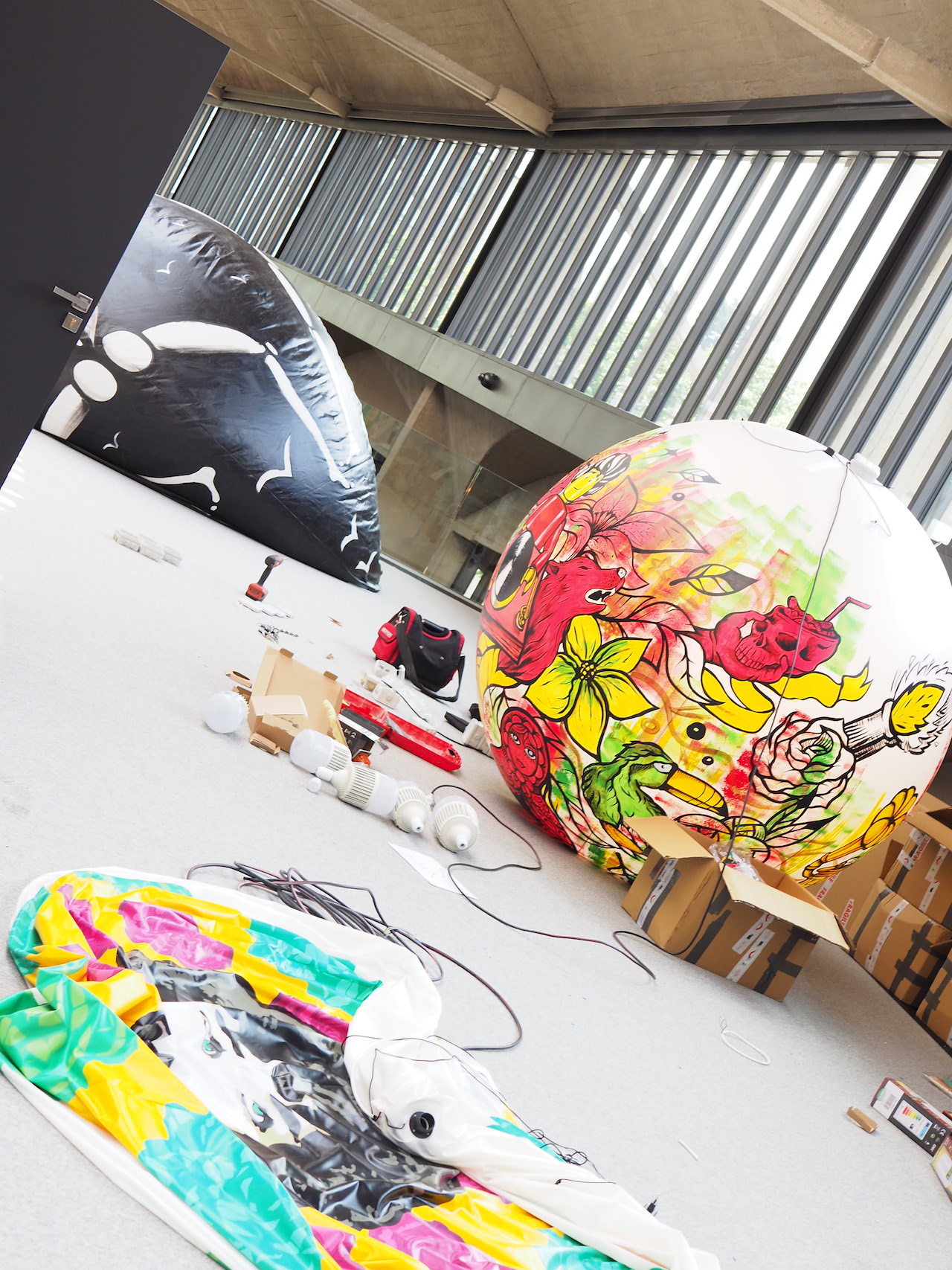 “They are inexpensive but good,” agreed Big Mamma fan Codi Ferrari, a 26-year-old American social media manager who has lived in Paris for eight years. “And it’s in a cool atmosphere so you feel like you’re getting a more gastronomic experience even though it’s not expensive. Finally, there’s a place that just makes a damn pizza the way it should be without breaking the bank for 20 minutes of pleasure.”

Bernard Boutboul, director of the restaurant consulting group Gira Conseil, attributes Big Mamma’s success to several factors. He points out that Lugger and Seydoux attended a business, not a hospitality school, and have therefore been able to think about restaurants in a different way.

“They found ways to buy better-quality products more cheaply and to create a real experience for clients thanks to young Italian employees who make Italy come alive,” he said.

In addition, choosing Italian cuisine was “a very good idea,” because France, which has 14,000 pizzerias, is, along with the United States, the largest per capita consumer of pizzas in the world. After traditional French restaurants, pizzerias are by far the most popular restaurant concept in France, with the French eating 745 million pizzas in 2017.

As Lugger put it, “Everyone in the world adores Italian cuisine, because it’s extra fresh, it’s a cuisine you can eat every day and it’s extremely welcoming.

Indeed, at a pre-opening party crowded with “cool press” and “sexy guests”, according to signs designating where you had to queue up, hundreds of Parisian hipsters mobbed the former train depot, with its eclectic decorations and two vintage trains that will serve as bars. As a DJ spun a pop music mix, guests sampled tender, smoky grilled bistecca fiorentina and freshly made truffled ravioli, not to mention Italian wine, prosecco and cocktails. But most popular, judging by the hour-long wait guests were willing to submit to, were the pizzas.

If your stomach is starting to grumble at the thought of all that wood-fired goodness, not to worry. Lugger confided that London will soon get its chance to taste a Big Mamma pie; he let drop that in July he will be moving with his wife and two children to London, to open a restaurant in Shoreditch by the end of 2018.