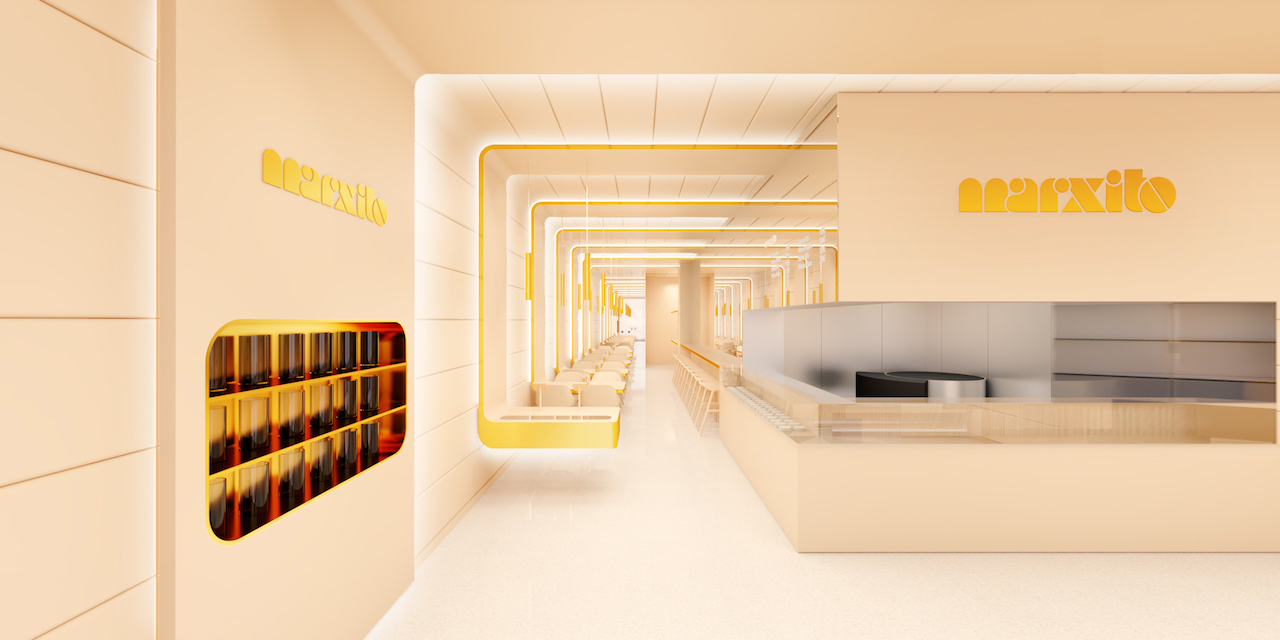 An architectural rendering of Marxito.

The man was literally flipping pancakes. Michelin-starred, media-savvy chef Thierry Marx, who appears on the French Top Chef, is spreading himself across the whole culinary palette (palate?) from high-end restaurants to low, patisseries to excellent bread (a chain of boulangeries, including one at the recently opened Beaupassage). (Not to mention his hostile takeover, with Frédéric Anton, of the Eiffel Tower restaurants.) On Wednesday, at a superpacked press opening for his new concept, Marxito, Marx himself was at the stove cooking a version of the Japanese buckwheat pancakes, dorayaki. 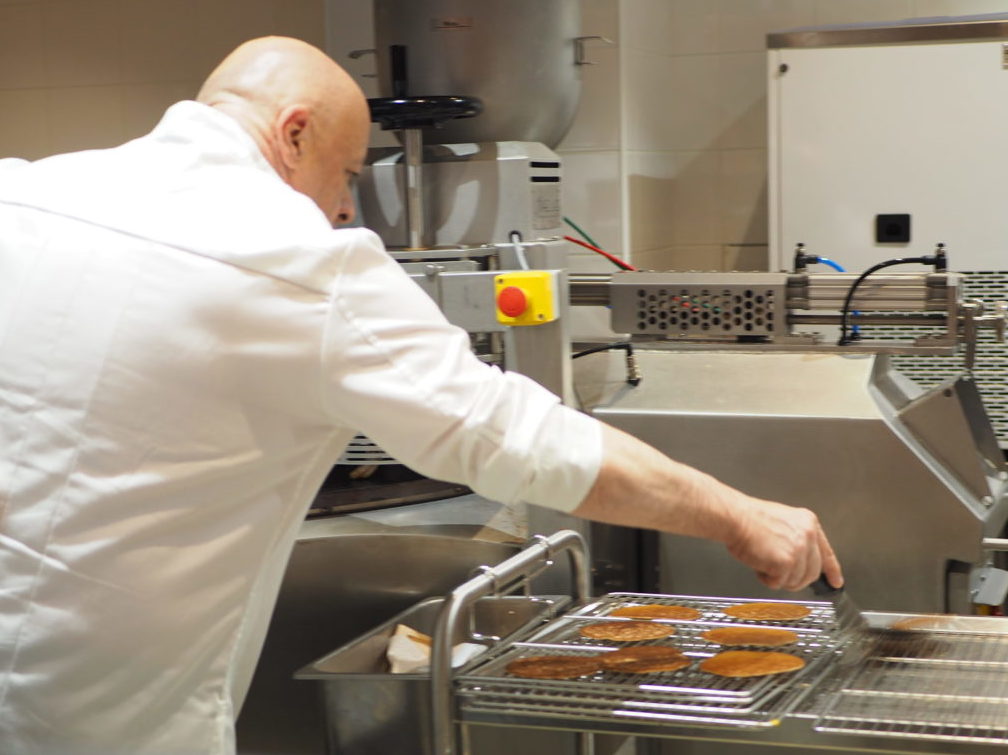 In a pinkish space designed by Ora Ïto, the concept is “premium street food”: both savory and sweet ingredients cradled between pancakes, using ingredients mostly from small French producers. Having worked in this area, off the Champs-Élysée, I know there is a dearth of decent, inexpensive fare (no, McDonald’s or even Five Guys don’t count). But I’m not sure my former workmates will find what they’re looking for here. With the average ticket resto in Paris at 9 or 10 euros, the lunchtime formules are on the high side for what is basically a very small sandwich. The vegetarian Marxito set-price lunch includes the sandwich, a salad or a drink and a pancake dessert. That’s a lot of tiny pancakes. For a salmon or pastrami Marxito, the formule is 17 euros. 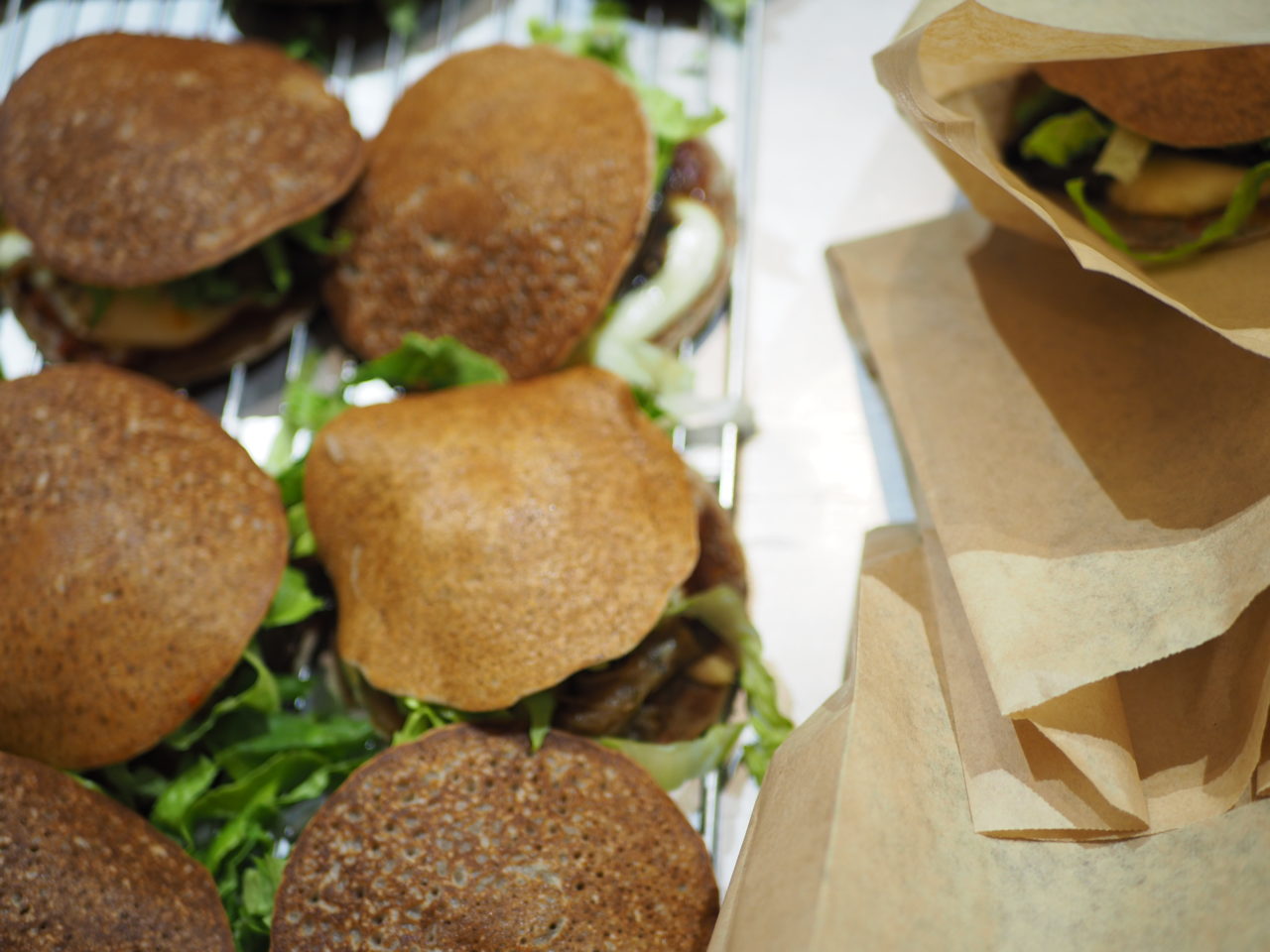 And, I know it’s unfair to critique the food at a press opening, but if I can judge by just the basic ingredients in the pastrami Marxito, as a former New Yorker (and experienced pastrami eater), I was not wowed. The meat seemed compacted, and lacked the tender, juicy, fattiness of great pastrami; the cheddar cheese, which first of all is not such a great combo with pastrami, seemed rather run of the mill, of the type you could get shrink-wrapped in any American grocery store. Let’s hope Marxito hits its mark by the Monday opening to the public. 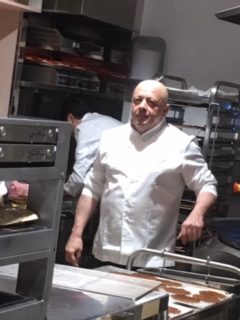